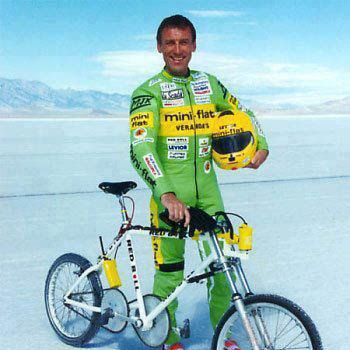 Fred Rompelberg (born 30 October 1945 in Maastricht) is a Dutch cyclist who has set several world cycling records. He is mainly known for his eleven world records cycling behind heavy engines, and for taking several attempts to break the Absolute World Speed Record Cycling. On 3 October 1995 he cycled behind a motor dragster on the Bonneville Salt Flats in Utah, with a speed of 268.831 kilometers an hour (167.044 mph). He was the oldest professional cyclist in the world at the time. This is still a world record, which is also stated in the Guinness Book of Records. He did beat the previous record of 245 km/h held by John Howard which was obtained in 1985 at the same location in Utah. 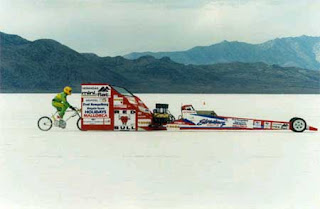 Rompelberg became a pro-cyclist in 1971 and still has a pro-license, which makes him the world's oldest active pro-cyclist. During the seventies, eighties and nineties, Rompelberg was mostly active as a stayer. He improved the World Hour Record Cycling behind heavy engines several times and was Dutch Champion in 1977.

Nowadays Fred Rompelberg is into cycling holidays on Majorca, Spain.