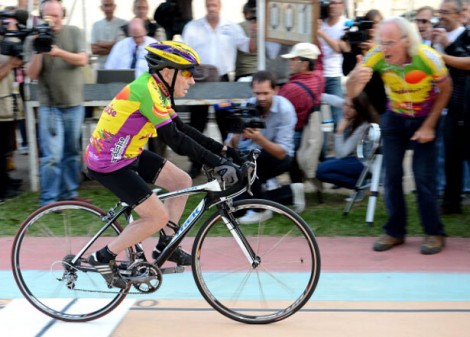 Robert Marchand, an amateur cyclist who claims to have clocked tens of thousands of kilometers in the saddle, finished the distance in 4 hours, 17 minutes and 27 seconds.

“I did a little better than I hoped,” he said. “However, the going was tough in the last few kilometers.”

Marchand, who has lived in Canada and Venezuela and whose professional life has included stints as a market gardener, shoe salesman, and wine dealer, said he only took to cycling when he bought his first bike in 1978.
His bid for the centenarian record was certified by the French national cycling federation.