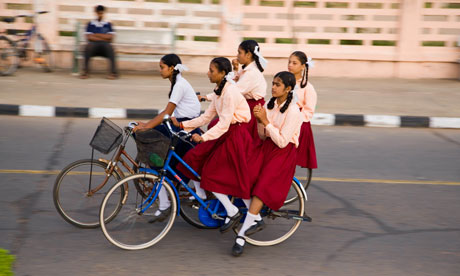 Mufti Arshad Faruqui, chairman of the Darul Uloom fatwa department, told reporters on Friday that the edict was in keeping with the ideals of Islam. “When a grown-up girl goes cycling outside her house, it is bound to result in bepardagi [undue exposure],” he said. “Even medical science has given us evidence to believe that cycling is not good for adolescent girls, physically,” he said. “Apart from affecting their feminity, it is harmful for their body structure,” he said.

Former vice-chancellor of Lucknow University Roop Rekha Verma dubbed fatwas retrogressive. “In times when we have women pilots and army officers, stopping girls from riding bicycles is bizarre and unreasonable,” she said.